The following blind hiring statistics will tell you everything you need to know about blind recruiting and its effectiveness. We will also outline the pros and cons of the process and help you figure out whether your business should adopt blind recruiting as a regular practice.

However, before we start, let’s take a closer look at precisely what blind recruiting is and how and when it is used.

What Is Blind Hiring?

Blind hiring is, by definition, a technique used by businesses to eliminate all bias from the recruitment process. To achieve that, hiring managers omit certain information from resumes, such as age, gender, and ethnicity.

By eliminating unconscious bias, businesses are supposed to achieve having a more diverse workforce. Organizations should also yield better results, considering that every applicant is hired solely based on their qualifications.

The blind-hiring principle works on paper, but whether it’s as effective as it should be can be seen from the following statistics.

According to a study published in the Harvard Business Review, the majority of professionals rely on the mental synthesis of information or intuition when processing applications. This can potentially create unwanted bias, whether intentionally or unconsciously. The same research also showed that a simple ATS equation is 25% more effective in selecting the right candidates than hiring professionals.

2. 74% of CEOs are focused on hiring the best talent, regardless of demographics or geography.

Blind recruiting is one of the latest trends, and more and more businesses are conducting blind recruitment trials and adopting the practice. The number of CEOs focused on talent diversity and inclusiveness was at 87% in 2017, which is a significant improvement from 2015 when it was only 64%.

3. 45% of females believe gender stereotypes in the recruitment process are the biggest barrier to increasing experienced female hires.

Additionally, 42% of females and 33% of males have agreed that the cost and impact of maternity leave is the second most significant barrier that stops qualified and experienced women from getting hired.

4. Companies in the top 25% for racial and ethnic diversity are 35% more likely to have financial returns above the industry median.

This is yet another statistic that speaks volumes about the effectiveness of blind hiring. In addition to racial and ethnic diversity, companies that rank the highest for gender diversity are 15% more likely to have better financial returns than their industry medians.

5. Chinese, Pakistani, and Indian-sounding names are 28% less likely to get called for an interview.

Non-white-sounding names are less likely to get invited for an interview. To test this, researchers sent out almost 13,000 fake CVs to over 3,000 job postings.

6. 41% of employers might not even interview a candidate if they can’t find them online.

Many candidates may lose potential job opportunities by remaining anonymous during the blind application process. According to Careerbuilder, 60% of recruiters use social networking sites to research candidates, and many of them might not interview a candidate if they can’t find any information about them online.

7. 91% of tech companies want to invest in sourcing tools and technology.

According to a 2018 report, the majority of companies operating in the tech industry planned to invest in technology that would help them automate and speed up the hiring process. However, while this form of hiring can be perceived as a form of blind recruiting, an average candidate is typically not thrilled by the idea of ATS being in charge of evaluating their blind resume and determining who gets a job.

According to a study by the National Bureau of Economic Research, “white-sounding” names, such as Emily Walsh and Greg Baker, got 50% more callbacks than “black-sounding” names like Lakisha Washington and Jamal Jones. Furthermore, resumes with male names are 40% more likely to get an interview than similar resumes with the same qualifications but with female names.

9. 50% of women said they believe there is a pay gap between male and female hires.

10. 78% of candidates are not enthusiastic about computers making hiring decisions.

Many businesses rely on various blind hiring technology, such as the applicant tracking systems, to sort through hundreds or even thousands of job applications they receive. While this form of hiring can be perceived as blind recruiting, numerous candidates are not thrilled by the idea that a computer algorithm should determine whether they’ll land a job.

11. 92% of talent professionals say soft skills matter as much or more than hard skills when they hire.

According to LinkedIn’s global talent trends in 2019, the most common way for recruiters to assess a candidate’s soft skills is through behavioral questions, reading body language, and situation questions. Approximately 57% of companies struggle to accurately assess candidates’ soft skills, and this can prove to be even more difficult if not impossible through blind hiring.

12. One in three employees isn’t aware of any ongoing campaigns in their company that promote diversity.

Furthermore, 21% of employees who participated in the same Glassdoor survey have reported that they are uncertain whether their company is active in diversifying the workforce.

13. 71% of employers say diversity practices have a positive impact on their company.

14. 92% of workers would consider leaving their current jobs for a position at a company with an excellent corporate reputation.

Diversity and company culture are directly connected to a company’s reputation, and companies that use blind hiring and have a positive reputation can easily hire and retain talent. At the same time, it’s also much more financially effective for them to do so.

15. Only 27% of white employees think diversity is very important in the workplace.

Perhaps one of the reasons many businesses fail to promote diversity is that their decision-makers don’t perceive it as relevant. As we’ve seen from previous blind hiring research, most of the leadership positions in private businesses are occupied by white males, and only a small number of them consider diversity to be very important.

On the other end, 60% of African Americans, 43% of Hispanics, and 32% of Asian/Pacific Islanders think diversity is crucial in the workplace.

Approximately 70% of job listings across all industries contain masculine words. Industries that use the most gendered wording are business, science and engineering, technology, and finance and insurance.

17. 48% of HR managers admitted that bias affects their candidate choice.

According to a blind recruitment study conducted by SomeoneWho, a digital recruitment platform, only 32% of HR managers felt confident that prejudice didn’t affect their decision when hiring new staff. In contrast, 20% of them weren’t sure if bias was affecting their decisions or not.

The US National Bureau of Economic Research conducted a study where they sent out 40,000 fictional job applications. The resumes had similar qualifications, but the fictional applicants aged 49-51 received fewer responses than workers aged 29-31. Surprisingly, workers aged 64-66 received 35% more interview invitations than those aged 29-31.

19. African Americans are twice as likely as white members of the workforce to be unemployed.

According to blind recruitment research, it is significantly harder for African Americans to find employment. Furthermore, the National Bureau of Economic Research also reported that, even when African Americans eventually secure a job, they tend to be paid 25% less.

20. Only one in 20 girls considers a career in STEM industries or the financial sector.

According to a study by OECD, one in five boys considers a STEM career as opposed to one in 20 girls, despite having similar performances when tested. This goes to show that blind hiring statistics can sometimes be misleading because much of the bias may occur long before the employment age or the interview process.

21. One in five women experiences gender discrimination in recruitment.

One of the biggest advantages of blind recruiting is that it could eliminate gender discrimination from the hiring process. According to PwC research, one in five women are discriminated against in recruitment, compared to 5% of men who experience discrimination when job hunting.

As you can see, blind recruiting has numerous benefits. However, the technique is far from perfect, and it also comes with several disadvantages that can hinder your hiring process. Let’s discuss them in more detail.

What Is a Blind Interview?

This is a hiring method that anonymizes candidates’ demographics to eliminate bias from the hiring process. If used correctly, this technique can be highly beneficial for your business, and implementing it into your hiring process is relatively easy.

The simplest way to do it is to assign an employee who isn’t a part of the hiring team and task them with removing certain information from candidates’ resumes. To ensure that candidates remain anonymous, this employee should also remove photographs. Names, age, gender, ethnicity, or any other personal information that may reveal an applicant’s identity should be blackened out. After this is done, CVs can be delivered to the hiring managers, who can then assess candidates solely on their qualifications.

Yes and no. The underlying issue is rooted in society. For example, whites and Asians pursue careers in computer science a lot more often than Blacks and Hispanics, which naturally leads to more whites and Asians being hired in the industry.

However, even though blind recruiting is an imperfect tool and can’t do much about solving the root of the problem, there are numerous blind hiring statistics to back up its effectiveness, so yes, most times, it does work in helping businesses diversify their workforce.

If you plan to use it as a hiring method for your business, make sure you are mindful of its limitations. Instead of entirely relying on blind recruiting, find a middle ground that suits your organization the best and implement a system that’ll help you build a diverse workforce and an excellent company culture.

How can the bias be reduced in the hiring process?

Hiring managers often rely on intuition or unconsciously form personal connections with applicants similar to them or candidates who have attended a college or worked for a company the hiring manager is familiar with.

By removing a candidate’s identity from the equation, hiring managers can focus on hiring candidates based on their qualifications instead of relying on intuition or emotion, thus preventing unconscious biases from influencing their hiring decisions.

Yes, but it can also hamper workplace diversity. One of the goals of this technique is to promote diversity by giving all the candidates of equal qualifications the same chances of getting a job. However, it can hinder businesses that actively try to recruit minorities and focus on making a more diverse team.

If your business already has an initiative that focuses on recruiting underrepresented genders and ethnicities in the industry, blind recruiting may interfere with the program. However, if your company is looking to create a more diverse team, it’s an excellent way to start your campaign.

How do you implement blind hiring?

There are several ways to do it, and the main goal behind each is to eliminate all the personal and unnecessary information from applicants’ resumes. By redacting candidates’ age, name, gender, ethnicity, and other similar information, hiring managers can focus on hiring talent solely on their qualifications and experience in the industry.

You can do so by simply asking another team member to redact candidates’ information or create a template for candidates to fill that won’t reveal information about their identity or personal lives.

Additionally, you can opt to use various applicant tracking systems to sort out resumes based on predetermined values.

Simply put, yes, it is. It helps you build a more diverse workforce, leads to higher revenues, and, most importantly, helps build your company’s reputation. Even though there are several disadvantages of blind recruiting, there are numerous blind hiring statistics that prove its effectiveness. 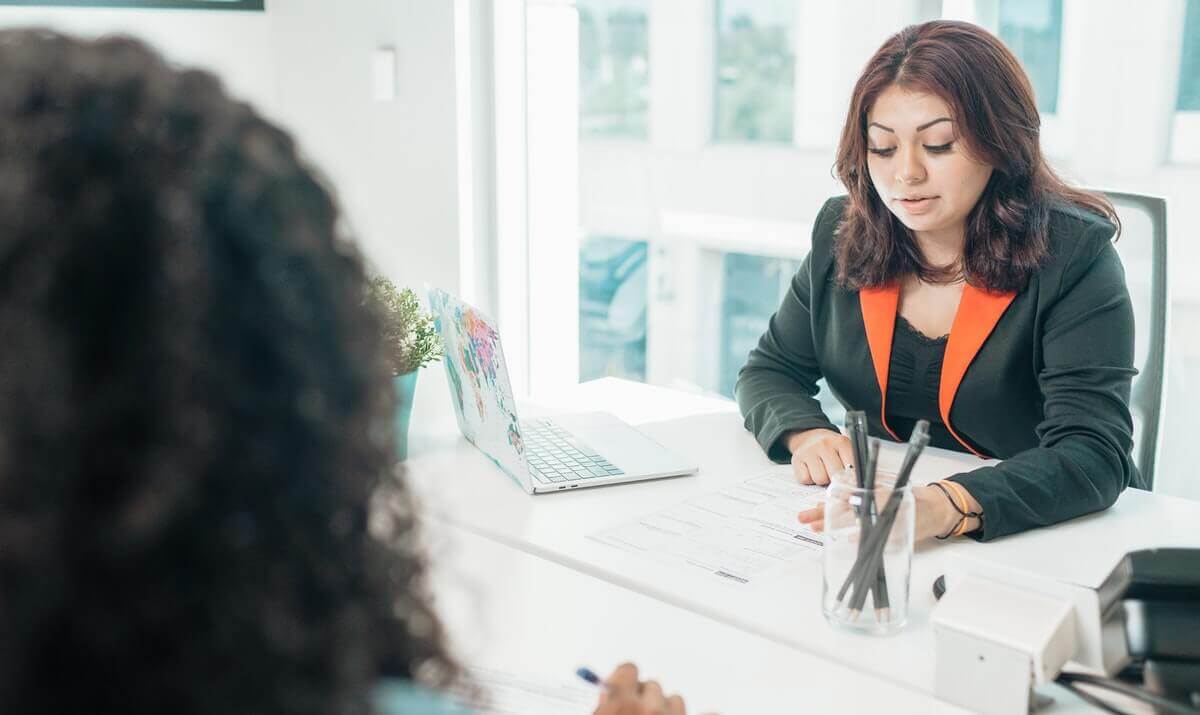 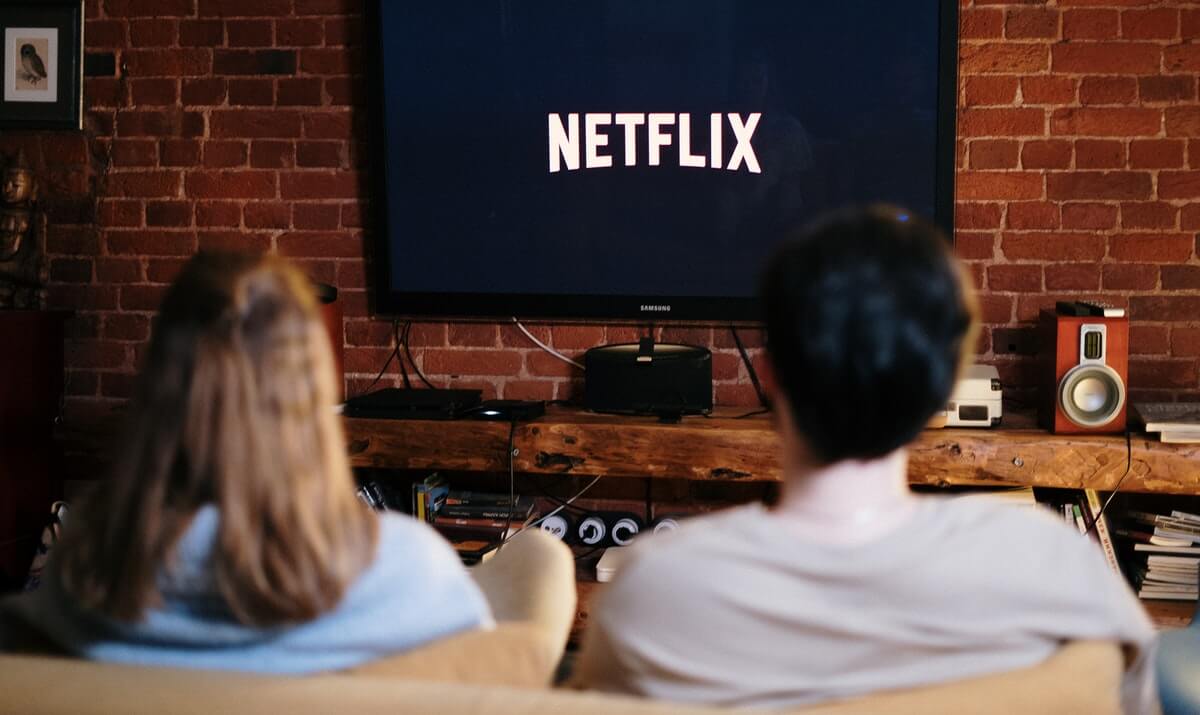 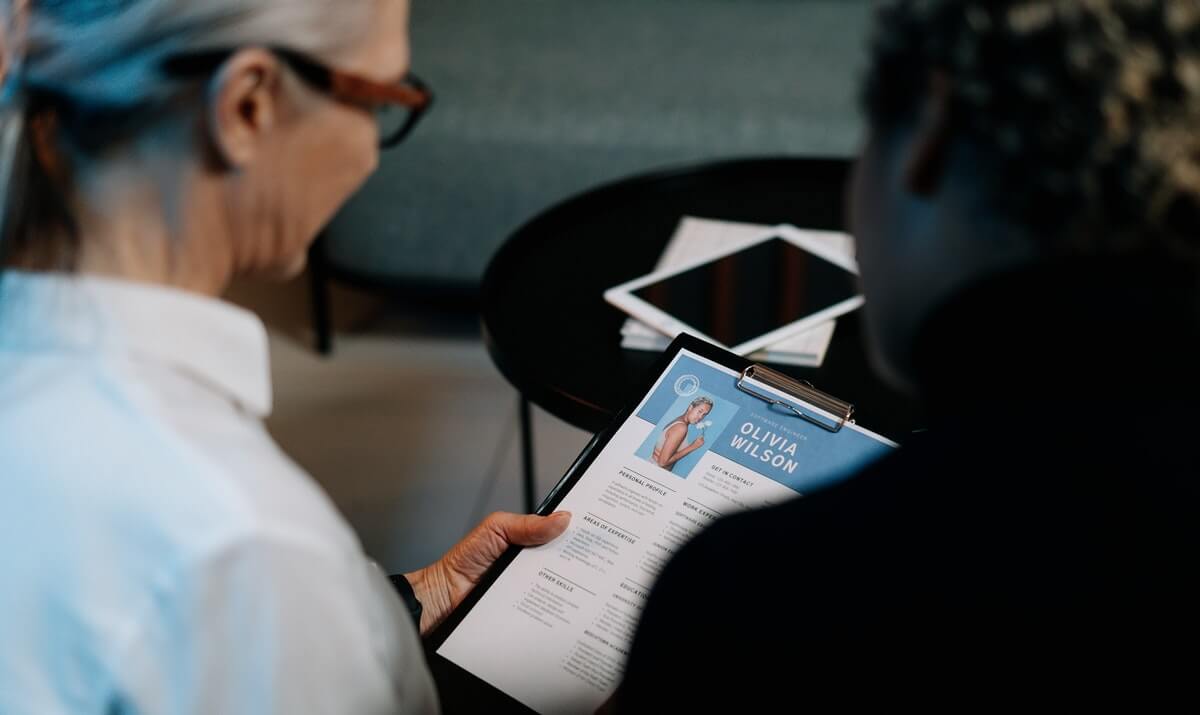