Social workers aren’t just a part of the impressive social work statistics, but they are also a big part of our everyday lives. Their presence in our society might be invisible to the eye, but their influence is surely noticeable.

Social work aims to improve other people’s lives in different areas. Social workers are professionals who selflessly help others solve problems that prevent them from moving forward in life.

They focus on helping others get the most out of their work, different relationships, and community life. Social workers transform many people’s lives, so it’s high time we learned more about them and their profession.

Social workers are workers who empower people and help them overcome challenges. The need for social workers is growing exponentially year by year, making them one of the most in-demand employees out there. Here are some interesting stats that illustrate that.

Due to the ever-increasing number of people who struggle with poverty or are victims of physical and mental abuse, the number of social workers is increasing as well. According to projections, there will be 109,700 more social work jobs by 2026.

Social worker job growth is at its peak. If we add both the mental and financial consequences of the coronavirus pandemic (lockdowns and restrictions) into the equation, social worker jobs are bound to grow faster than any other career in the US.

3. Jane Addams was one of the first female social workers who received a Nobel Peace Prize in 1931.

Jane Addams was mostly known for helping immigrants in Chicago by establishing settlement houses during the 1900s. She was a committed sociologist, peace activist, and reformer.

Evidently, she was a powerful woman who inspired and improved so many lives. Therefore, she deserves to be a part of social worker statistics.

4. 36.6% of social workers are found in individual and family services.

This is one of the better-known social work statistics. Even though the majority of social workers are women, men are also a part of the equation. Still, they are in the minority. This can be connected with a woman’s innate need to nurture.

6. The most common race (ethnicity) in social workers occupation are White (Non-Hispanic), accounting for 58.4% of all social workers in the United States.

7. 1 in 4 people in the world will suffer from mental disorders at some point in their lives.

Mental disorders have been the main causes of disability for some time. Is it because of the hectic lifestyle, lack of physical exercise, and absence of real-life communication? It’s probably a combination of all three factors. That’s why social workers are in-demand and a vital part of a recovery period.

Social workers still contribute to decreasing the numbers of juvenile arrests and mentor troubled youth. Some of them struggle with addiction, poverty, crime, domestic violence and need professional help to overcome obstacles in life.

10. According to the US social work statistics, over 1.2 million students decide to drop out of high school each year.

In other words, every 26 seconds, one student drops out of high school, which equals 7,000 students per day. Social workers’ role is to identify factors contributing to such a high rate and work toward finding a solution to the problem.

11. Nearly 59% of child neglect and abuse reports are made by teachers, lawyers, police officers, and social service staff.

Friends, neighbors, and relatives submit only one-fifth of child neglect and abuse reports. It’s up to social workers to detect abuse and take necessary action.

12. Over 3.6 million referrals are made to child protection agencies each year.

These referrals include more than 6.6 million children. If these numbers confuse you, note that one referral can cover multiple children.

Social worker jobs are far from regular jobs. These jobs usually can’t be finished in eight hours on a workday. Their scope of work is oftentimes challenging, making this profession one of the noblest ones out there. The following facts and stats show the complexity of this occupation.

13. A social worker’s job is not a typical job that you can finish in an eight-hour workday.

Social workers tend to spend a lot more time in the community than in an office. So, what do social workers do? They meet with clients, attend court hearings, supervise court-ordered visitation, etc. They usually go above and beyond to attend to different problems a client might be facing.

14. Men account for 20.4% of US social workers with a non-social work bachelor’s degree.

This has been the average salary per hour since February 2021. However, the average social work salary depends on the worker’s skill level, experience, and other factors, so it’s hard to define the exact numbers. To help you compare it with other salaries, take a look at the minimum wage statistics. The minimum wage in the US has been increased three times since 1938 and currently stands at $7.25.

16. Social workers provide most mental health services in the US.

18. According to social work burnout statistics in 2006, the lifetime burnout rate was 75%.

The main factors of burnout among social workers are personal, such as different types of trauma and attachment to clients, and occupational, such as long hours, supervision, and work overload.

20. Improved methods of dealing with trauma have become one of the main concerns of social workers.

Social work trends are dictated by modern society and local and global turmoils. For example, the rise in the rate of terrorism and other types of violence has resulted in many people who need help in dealing with trauma. In 2019 only, there were 8,302 terrorist attacks and 25,082 casualties worldwide.

22. In some states, more than 60% of social workers have a master’s degree or higher.

(Profile of The Social Work Workforce)

By looking at the latest stats and facts about a social worker salary, duties, and the complexity of this profession, one can better understand what social work entails. The demand for social workers is increasing, making the social worker occupation one of the most popular ones out there. Social workers’ efforts to help impoverished individuals and victims of physical and mental abuse will remain vital. Those who aspire to pursue this career path should know that social work is more of a calling than a job.

How many social workers are there in the US?

In 2016, there were more than 680,000 social workers in the United States. The majority of them work with families or as school social workers. It’s estimated that by 2026, social worker jobs will increase to more than 790,000.

Family, children, and school social workers will still be most in-demand. The demand for social workers is exponentially increasing, and this will continue in the future, which makes this occupation one of the most sought-after professions.

How much does a social worker make?

Social worker salaries also depend on the state. If you’re a social worker working in California’s healthcare sector, you will earn $76,450. But if you do the same job in the same sector but in a different state, let’s say in Connecticut, your average salary will be $72,640.

What percent of social workers are female?

How is math used in social work?

Social workers also use math when tracking and evaluating their clients’ progress. Also, they have to calculate items they purchased during treatment and similar. Another thing they use math for is to illustrate data using graphs or tables.

Is there a high demand for social workers?

Yes. Social workers are one of the most leading occupations when it comes to job growth statistics. There is a high demand for social workers, mostly due to the rise in the rate of terrorism and other types of violence, which results in a large number of those who need help in overcoming trauma. Another reason that social workers are and will be in-demand includes consequences of the coronavirus pandemic, both in terms of finances and mental health.

What percentage of social workers are black?

How many social workers were in the US in 2019?

This might eventually make a social worker occupation become a part of mind-blowing employment statistics in the future. However, the employment growth will mostly depend on demand.

Where do social workers make the most money?

Still, all this depends on the specialization, experience level, and location because social workers’ salaries vary from state to state. The top 10% of social workers make $90,800 per year, as social work statistics show. 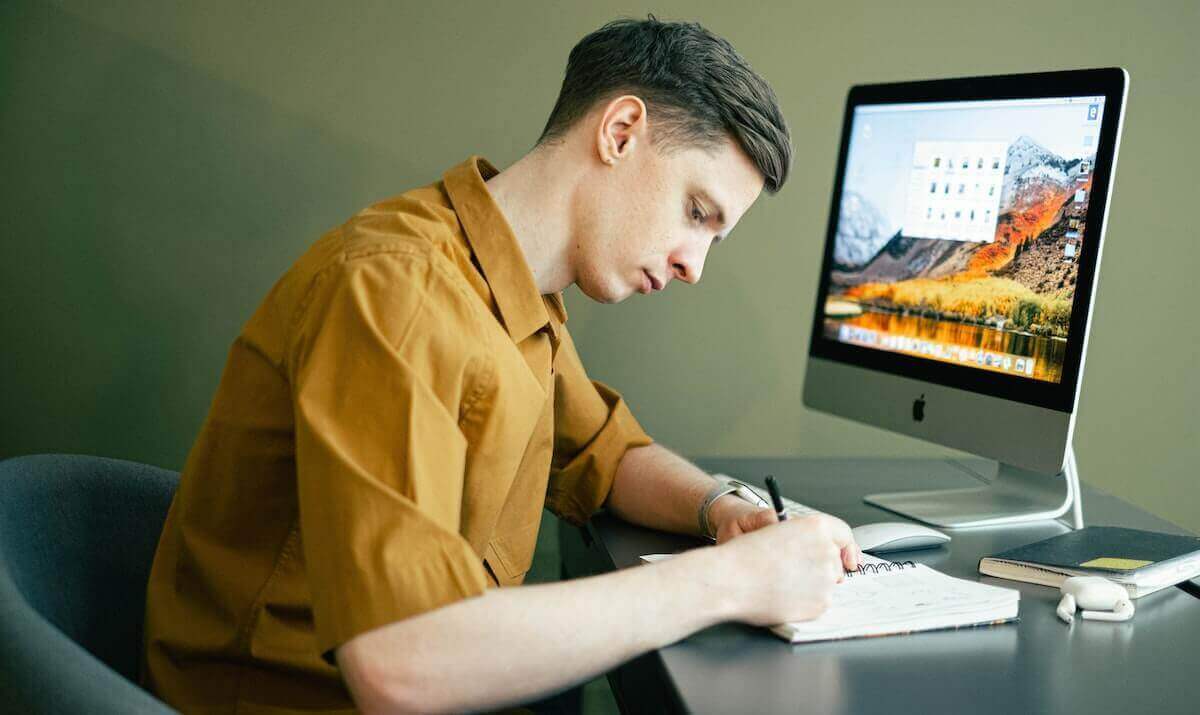 How To Find Remote Jobs: A Brief Guide 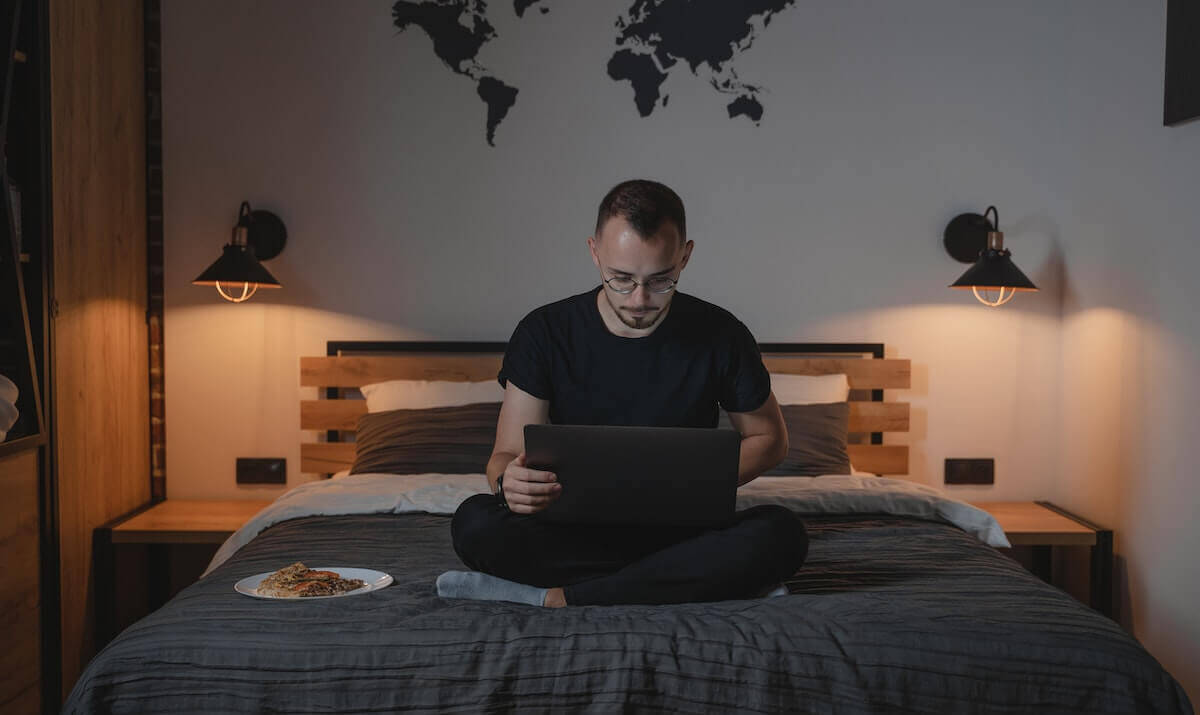 What Is a Remote Job? - Definition and Types

How To Become a Virtual Assistant - The Ultimate Guide